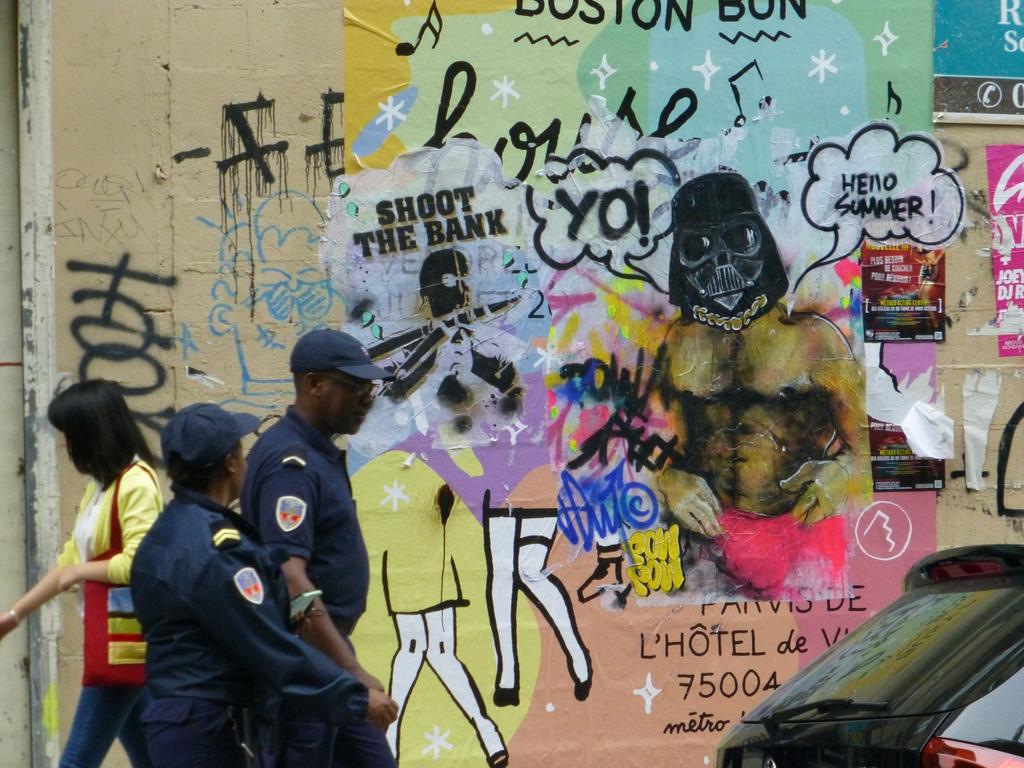 Born in 1973, JP Malot aka Shoot the Bank attended a school of artistic and technical drawing for two years. But finding the school too academic for his taste, he left the school and returned to his passion for spray painting and worked in the decoration of parades, fashion storefronts, palisade during a grafitti expo of the gallery of Agnes B, in addition to frequenting wastelands which was sort of a cult of the time.

Being influenced by the biggest graffitti artits during his teenage years in Paris (Steph, Jonone, Futura 2000) and by the books «Subway Art» and «Spray Can Art» by the end of the 80s and beginning of 90s, he was attracted by the drawings and sketches of the great masters as well. He became increasingly interested also in the abstract work of Paul Jerkins and its colors, and claims today completely being part of the underground culture. His current influences range from pop art, graphism, fashion to his jouneys from which he brings posters from the streets to incorporate in his pieces.

His techniques are mixed, combining collage, aerosol, painting, stencil, serigraphy, markers, acrylics, drawings and sculpted objects like his grenades in pop colors which he posts in the streets or sticks to other objects, visual and pseudonyms that serve as diverse tags or signatures in order to mislead his followers, and to meet his need to hide while creating new concepts and sometimes enigmas for the fans of street art.

We can find his work in cities like Berlin, Barcelona, Madrid, Palma, Malaga, Marbella, Ibiza, Naples, London, Galsgow, Lagos, Edinbourgh, Beijing, as well as among amateurs and collectors of urban art like in Los Angeles, Barcelona,  London, Berlin, New York and Tokyo.